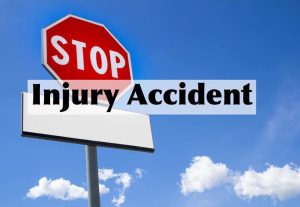 WINNETKA, California (March 20, 2017) — Five people were injured Sunday night in a two-vehicle collision involving a DUI driver at 20311 West Sherman Way, according to a report by the Los Angeles Fire Department.

The collision took place about 10:27 p.m. last night near Oso Avenue. The suspected DUI driver was involved in two separate collisions. He fled the first at Hart Street and Oso Avenue but caused a major injury collision at the second crash. Firefighters had to extricate two people who were trapped in a vehicle using the Jaws of Life.

Paramedics responded to help the injured comprising of three people in critical condition, one listed as serious and the fifth with non-life threatening injuries.

The Los Angeles Police Department’s Topanga division is heading up the investigation into the crash, but so far no word on whether charges have been filed against the suspect drunken driver.

Do You Really Need an Attorney?

Not everyone needs an attorney after being involved in a car accident, but if you are injured and need medical care it’s advisable that you call one to find out your options and how to protect your legal rights. A personal injury lawyer will make sure that the insurance companies do not take advantage of you, ensure you are completely better before your case is settled and that you have been fairly compensated for all your losses — not just your medical bills. If you don’t want to risk it alone, call Johnson Attorneys Group at 800-235-6801 to request a free consultation and get your questions answered.