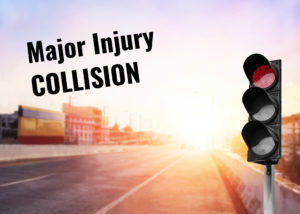 The collision took place about 4:06 p.m. with the two vehicles blocking the intersection, according to the California Highway Patrol.

The driver of a silver 2020 Kia Optima reported crashed into the back of a silver Ford sedan that was stopped at the intersection. The impact pushed the Ford into a Toyota Corolla turning left onto Winchester Road (Highway 79). A passerby stopped to help the people who were involved and attempted to break a window to get one person out of it.

Paramedics with the California Department of Fire Riverside transported Amy Litteral to Inland Valley Medical Center where she died less than an hour later.

Joshua A. Morris, 34, of Temecula, who was driving the Kia, was arrested after the collision on suspicion of driving under the influence. His female passenger suffered minor injuries and was also taken to Inland Valley Medical Center.

The cause of the crash and liability are under investigation.