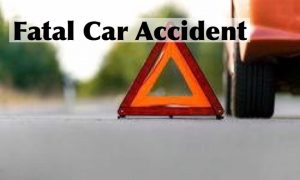 WHITTIER, California (July 13, 2016) – Barbara Barela, 57, of Whittier has been identified as the woman who was killed in a car crash on Workman Mill Road near Pioneer Boulevard, according to a California Highway Patrol dispatch.

In detail, the CHP mentioned a blue Ford Explorer and a gold Honda Accord have been involved in a wreck. The two vehicles reportedly slammed head-on, causing major damage on the front-end of both automobiles. Police say the Honda veered over the median into oncoming traffic and crashed into the SUV.

Further, the CHP team logged the incident as a fatal collision. It remained under investigation how many were killed and hurt following the crash.

The staff of Johnson Attorneys Group offer prayers and heartfelt condolences to the  family members and friends of the woman who died in this crash.

If you have suffered an injury or lost a family or friend from a traffic accident, contact our law firm today at 800-235-6801. Our Los Angeles County wrongful death lawyers will speak to you and they will bring all expertise to your case. Together with our lawyers, we will get the justice you deserve.