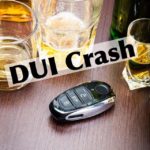 Chico, CA (January 13, 2022) – At least one person suffered injuries following a suspected DUI car crash that occurred in the area of Highway 99 and Esplanade.

The Action News Now reported a big rig was traveling south on the highway in Chico Thursday. At about the same time, a black Volvo was approaching the intersection heading north on Esplanade.

According to the article published online the black Volvo failed to yield to a stop sign at Esplanade. The car accelerated through the crossing and drove in front of the big rig.

Officials said the truck operator slammed on the brakes but still collided with the car. The big rig hit the left rear of the Volvo causing it to rotate counterclockwise.

When emergency crews arrived at the site, they found the driver of the big rig with minor injuries. Responding paramedics treated the man at the scene.

DUI Suspected Arrested After Car Crash at  Highway 99 and Esplanade

Investigator mentioned the driver of the Volvo showed signs of intoxication. Police then arrested the suspect for DUI.

At this time, detectives continue to work to determine several factors surrounding the car crash at Highway 99 and Esplanade.