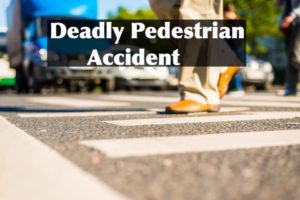 The teenager was struck about 9:30 p.m. as he crossed at Riverside Drive and Newell Street, just west of the Golden State (5) Freeway. Police say he was in a crosswalk when a 44-year-old woman driving a 2012 Toyota Camry struck him as she drove southbound on Riverside Drive. She told authorities she entered the intersection on a green light, according to the Los Angeles Police
Department.

The boy was carried on the hood of the car for roughly 100 feet prior to it stopping. At that time, the victim slid off the car’s hood and landed on the street.

The driver and her passengers got out and tried to help the victim as they awaited police and paramedics. The victim was transported to a hospital by the Los Angeles Fire Department. but he later died of his injuries at a hospital.

The driver cooperated and police do not suspect alcohol and or drugs.

If you have legal questions following a traffic accident, contact our law firm at 855-703-4186