1 Dead, Others Hurt in Delhi Hit-and-run Crash on Bloss Avenue 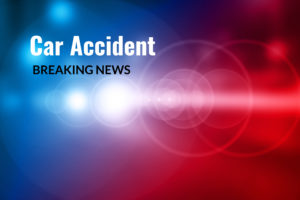 DELHI, Calif. (Oct. 8, 2020) —  At least one person died in a two-vehicle collision Thursday morning at Bloss Avenue and Palm Street in Delhi.

The traffic accident was reported at 8:43 a.m. at the Delhi intersection, according to the California Highway Patrol. Randy Alexander Avila, 40, was driving a 2016 Nissan Sentra southbound on Palm Street when he allegedly drove through the stop sign at the intersection. The Nissan collided with a 2015 Chevrolet Sonic drive by Rosa Olivera, 66, of Hilmar.

Both vehicles were smoking after they collided, police said.

Paramedics responded and extricated a passenger in the Nissan who was taken to Emanuel Medical Center in Turlock. Unfortunately, the woman later died at the hospital.

Olivera suffered moderate injuries and was airlifted to Memorial Medical Center in Modesto. Meanwhile, Avila fled the scene after the collision.

The cause of the crash remains under investigation.