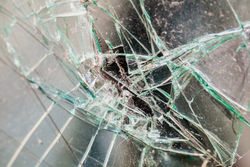 COLTON (December 7, 2019) – A driver was killed after a traffic collision in the area of Rancho Avenue and N Street Saturday night.

According to a press release by the San Bernardino County Sheriff’s Department, officers received a call about the fatal accident shortly before 8 p.m.

Deputies said several vehicles collided for an unknown reason at the intersection of South Rancho Avenue and West N Street.

Paramedics responded to the scene and immediately transported a male motorist involved to Arrowhead Regional Medical Center where he later died.

The coroner’s office identified the deceased party as 59-year-old Donald Carol Sanders, a resident of Rialto.

Meanwhile, authorities did not confirm if any other party sustained injuries as a result of the wreck. The cause of the incident remains under investigation.