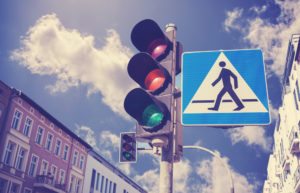 A driver in a car struck the man as he walked across the northbound lanes of South Edison Road outside of a crosswalk about 11:44 p.m. on March 22nd, according to California Highway Patrol officers.

The woman driving a gray Toyota Corolla was traveling at approximately 55 mph at the time of the crash, police said.  The woman kept traveling north following the crash, but later returned to the crash scene. She told police she was unable to avoid hitting the man.

CHP officials reported the pedestrian died at the scene. They do not suspect alcohol or drugs are factors in the crash.

Witnesses or anyone with any information about the crash may call the CHP Bakersfield Area Office at 661-396-6600.