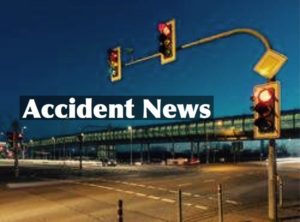 At least two people die every day in America when a driver runs through a red light, but now these types of traffic deaths have reached a 10-year high, according to a study conducted by the AAA Foundation for Traffic Safety.

The study analyzed the most recent data collected from police for fatalities that took place between 2008 to 2017, the study said.

The report stated that drivers ran trough red lights and killed 939 people in 2017, up 31 percent from the lowest year recorded in 2009 where 715 people died in these types of crashes.

The drivers who ran the red light account for roughly 35 percent of the fatalities in these crashes. The remainder of the deaths were passengers riding with the driver, people who were in other vehicles hit by the driver or pedestrians and bicyclists. Jake Nelson, director of traffic safety advocacy and research at AAA, believes that distracted driving was a major contributor to the increase in fatalities over the years, but it was not the only cause.

“Drivers distracted on their phones, pedestrians distracted when crossing intersections, are all reasonable contributing causes to what we see the data telling us,” Nelson told NPR.

In an independent survey conducted by AAA, roughly a third of those drivers stated they had sped through a red light in the past month even though they saw it as a major safety issue.

Another reason for the increased number of red light crash deaths is that more people are driving longer distances than 10 years ago. The more people drive their cars, the more chances they will run through a red light and hurt someone.

Red light cameras at busy intersections have been shown to decrease the number of red light crash deaths, according to the Insurance Institute for Highway Safety.

Another factor that contribues to drivers running through red lights is what AAA calls “stale” green lights. This is a situation where a green light is on for longer than necessary and a driver that is approaching will likely speed up to get through it and winds up running the red light.

It may seem obvious that pedestrians should make sure there are no cars coming before they step into the roadway, but often that is not the case and they are struck by a driver running a red light.

Pedestrians and bicyclists should also make eye contact with drivers to ensure they are seen before heading across the street. Finally, headphones worn by bicyclists and pedestrians can make walking more dangerous as the person may not hear an approaching vehicle.

Johnson Attorneys Group is a California personal injury law firm that advocates for victims of traffic accidents throughout the Golden State. Our law firm has been a proud longtime supporter of Mothers Against Drunk Driving (MADD) for many years. If you would like to speak with us about a legal matter, please contact us at 800-235-6801 to request a free consultation.