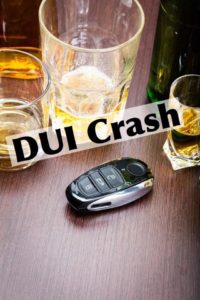 4 Injured in Firebaugh Crash on Highway 33 Near Hudson Avenue

According to an article published by the ABC 30 News, the accident took place on Saturday evening. Officers reported the wreck at around 7 p.m.

The incident began when a woman was driving south on Highway 33 near Hudson Avenue, north of Firebaugh. She went off the road, onto the righthand shoulder and overcorrected into oncoming traffic.

The California Highway Patrol said the driver then slammed head-on into another car. A third vehicle collided with the other two cars in the process.

The man and woman in the vehicle that was struck head-on sustained major injuries as a result of the collision. A child riding with them survived the accident with minor injuries.

The woman who overcorrected ended up with major injuries. Paramedics arrived and soon rushed all four patients to the hospital for treatment.

The report did not disclose the names of the wounded parties and their condition at this time. Meanwhile, CHP believed that the female suspect was under the influence when she hit the victims.

Officers forced Highway 33 to shut down in both directions near Hudson following the wreck. The cause of the Firebaugh crash is still under investigation.