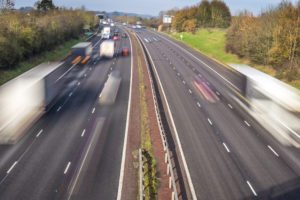 According to the CHP dispatch, two vehicles possibly collided head-on and triggered the multi-vehicle wreck. Officers briefly identified the automobiles found at the crash site as a Chevrolet sedan, a Subaru, a gray SUV, and a semi truck.

The accident reportedly caused one motorist to veer off the roadway. First responders found at least one car away from the highway, and another car in the middle lane.

Per CHP log, paramedics rendered aid to at least one patient. The name of the injured party, and the extent of their wounds remained unclear.

Additional details on the wreck have not been revealed thus far. Further investigation on the case is underway.