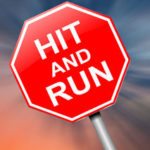 At Least 1 Hurt After Crash on US-101 Wednesday

According to the California Highway Patrol dispatch, two vehicles collided in the northbound lanes of US-101 at Old Stage Road offramp.

Officials identified the cars involved as a gray Chevrolet Blazer, and a white Ford pickup truck.

A short time after 12:55 p.m., medical personnel arrived at the crash site and rendered aid to the possible victims. Our sources confirmed one person suffered an injury of unknown extent as a result of the incident.

Authorities later mentioned the Chevrolet failed to stop after the crash. In line, detectives handling the case are investigating the collision as a hit-and-run.