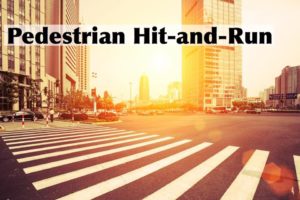 LOS ANGELES, Calif. (August 26, 2021) – Javier Garcia, 35, is identified as a “person of interest” in connection with the deadly, hit-and-run death of a pedestrian in South Los Angeles.

Police are seeking help finding the tow truck driver and a second, unidentified person, who they wish to question about the fatal pedestrian accident on August 11th.

Oswaldo Dominguez-Flores, 55, died in the hit-and-run collision about 10 p.m. at Broadway and 54th Street in South Los Angeles.

Dominguez-Flores was allegedly crossing Broadway in a marked crosswalk, but against a “Don’t Walk” signal, police said. Meanwhile, an oncoming northbound tow truck struck him and dragged his body some 180 feet. Surveillance video captured the deadly crash and helped authorities with a vehicle description, according to the Los Angeles Police Department.

The suspect’s vehicle was a light-colored “Wrecker Tow Truck.” Also, the driver allegedly fled northbound on Broadway. Dominguez-Flores died in the street.

Police want to determine if Javier “Turtle” Garcia, 35, is the tow truck driver involved in the hit-and-run, but it has not been confirmed.  They say Garcia is about 5 feet, 9 inches tall and about 215 pounds with brown hair and eyes. Authorities wish to speak with the tow truck driver about the collision.

Meanwhile, witnesses or anyone with information about the whereabouts of the suspect may call 1-877-LAPD-247.