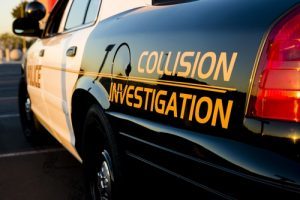 The collision was reported at approximately 11:20 a.m. between a Honda Civic and a Chevrolet Avalanche. Police say the Honda was heading southbound on Highway 70 when its driver allowed the vehicle to drift into the northbound lane into the path of the Chevrolet driven by Jeanne Kendall.

Kendall, 68, of El Sobrante, was unable to avoid the collision and struck the passenger side of the Honda. The 33-year-old Marysville man driving the Honda, who was not wearing a seat belt, was ejected upon impact. Both the driver, and the 37-year-old Marysville woman who was a front passenger in the Honda, died at the scene.  Meanwhile, the 21-year-old man who was a back seat passenger in the Honda was critically injured and taken to Rideout’s emergency room along with the driver of the Chevrolet identified as Jeanne Kendall who also suffered major injuries.

There were two dogs in the Chevy Avalanche, but they were injured in the collision.

CHP is heading up the investigation, but at this time they do not believe that drugs and alcohol were a factor in this collision.