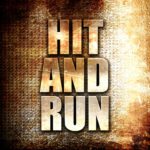 The ABC10 News reported Adams was walking into the roadway to apparently light fireworks to celebrate the New Year. For an unknown reason, a passing vehicle failed to avoid and struck the woman with fireworks. The collision took place at about 12:20 a.m. near Greenback Lane.

According to the article published online, the vehicle struck Lena Adams and caused panic for the people at the scene.

Responding emergency teams rendered aid to the victim. An ambulance transported Adams to the hospital for treatment of severe injuries. Pending confirmation, the name of the injured woman remained undisclosed.

Further investigation is ongoing on the hit-and-run crash on Main Avenue in Orangevale.