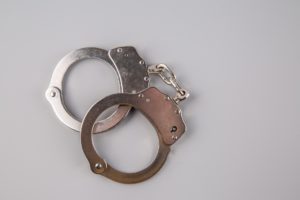 ARROYO GRANDE (June 7, 2017)- According to KEYT News, David Lamb, 48, was arrested for sexual assault and lewd acts on a minor Wednesday morning.

Lamb, a bus driver with the Lucia MarSchool District, was determined to have committed such acts against a 9-year-old girl at some point last week.

Authorities working within the San Luis Obispo Sherrif’s Sexual Assault United showed up at Lamb’s residence which where he resides at the 1900 block of Lyn Road.

Anyone who may have additional information is strong encouraged to contact the San Luis Obispo Sheriffs Department at 805-781-4500.

Police will investigate this incident and will dig deeper through the surface to see if there have been any other victims who have suffered from the actions of Mr. David Lamb. An experienced sexual assault lawyer like JAG founder James Johnson will take the time to look into whether there were multiple parties or government entities that should be held liable. For example, if the suspect, Mr. Lamb, was working at the time when these events transpired, the company that employed Mr. Lamb, may likely share the blame. A government that failed to ensure the safety of minors and school students who board the bus, may also have some responsibility.

In this case, where negligence or wrongdoing has been confirmed to have been a factor, the family of the young girl and all other potential victims of sexual assault have the right to a lawsuit. The suit may be pursued against the at-fault parties seeking compensation for damages due to the significant psychological trauma that a victim will endure.

Attorney James Johnson is an experienced and prominent trial lawyer in the San Luis Obispo and Santa Barbara County areas who advocates for survivors who have suffered sexual abuse and or exploitation by perpetrators. As founder of Johnson Attorneys Group, Mr. Johnson has overseen all types of cases involving negligence and has represented thousands of clients who have suffered emotional and physical abuse as well as helped them obtain compensation for their losses. He is passionate about his work and seeking justice on behalf of the brave men, women, and children he has represented over the years. Call for a free, no obligation consultation at 800-235-6801.