Jeanne Day Killed; 3 Injured in 2-Vehicle Crash on I-80 Freeway 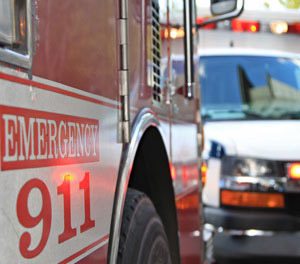 FAIRFIELD, Calif. (Dec. 29, 2020) — Nathan Dea, 33, of Irvine, was among three injured in a fatal crash on Christmas night on the Interstate 80 Freeway in Fairfield.

The Sacramento woman died shortly after she was taken from the crash scene to NorthBay Medical Center. Dea and two others were treated for undisclosed injuries at the hospital.

Nathan Dea was driving the Lexus with Day and a second passenger. The Lexus reportedly collided with a black Honda Civic on the eastbound side of the freeway near the Travis Boulevard on ramp. The Honda Civic that was stopped after a previous solo-vehicle crash in the fast lane, according to California Highway Patrol and Solano County Sheriff-Coroner reports.

Yennis Hernandez, 20, of Fairfield, was driving the Honda Civic. Apparently, she lost control of the car while entering the freeway due to the slick roadway. The Honda reportedly skidded across all eastbound lanes before it hit the concrete center median. It was sitting in the No. 1 lane of the freeway when it was hit by the Lexus.

Both drivers and two passengers who were in the Lexus were transported to the hospital. Day became unresponsive at the hospital and died, the CHP reported.

Meanwhile, the cause of the crash and liability are under investigation. Witnesses are urged to contact authorities.