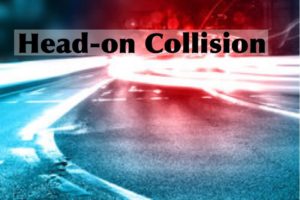 The crash was reported at 7:57 a.m. near Bloomfield Avenue. The drivers of a 2014 Toyota Tacoma pickup truck and a 2000 Ford Explorer SUV crashed head-on and were blocking the eastbound and westbound lanes at the intersection.

Phillip Romero, 31, of Fresno, was driving westbound at roughly 60 mph in the Ford Explorer on Highway 152 when he allegedly crossed over the double yellow lines and collided with two men traveling eastbound in the Toyota Tacoma.

One of the two 27-year-old men in the Toyota was confirmed dead at the scene by arriving firefighters. The second man, who was a passenger in the Toyota, was taken to San Jose Regional Hospital with major injuries. Neither one of them has been identified at this time.

The two vehicles were towed away and police are investigating the cause of the crash. Witnesses are asked to contact CHP officers at 408-848-2324 or email at ktritenbach@chp.ca.gov.