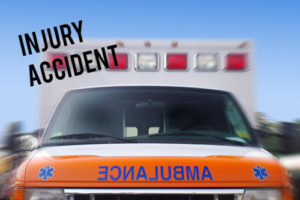 A driver in a Mazda sedan reportedly struck a westbound van occupied by the Ramona mother and her children ages 7 months old to 16 years old. The van went up an embankment and overturned before rolling back down to the interstate. Her 10-year-old daughter Julianna was critically injured in the crash after being thrown from the van during the crash.

Nine Injured in Crash on I-8 Freeway

Paramedics transported her to a trauma center intensive care unit for treatment of a fractured skull, pelvis, clavicle and eye socket as well as a brain bleed, according to San Diego News 10.   The mother and other seven children suffered less serious injuries. Doctors treated them for a range of injuries including broken bones, cuts and bruises.

Authorities say that all of the occupants in the van were wearing a seatbelt or were secured in a car seat.

The investigation into the crash is ongoing.

Meanwhile, the family has a GoFundMe campaign to help them with medical and other losses.