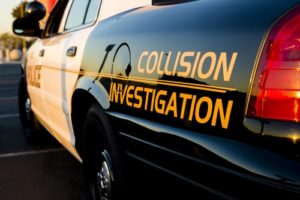 The collision occurred about 6:10 a.m. on Sept. 28th. It resulted in minor injuries after a  33-year-old woman allegedly drove through a red light, according to the Redding Police Department and Action News Now.

Alicia Balch was arrested on DUI charges as well as driving with a suspended license, police said.

Authorities say the woman was traveling eastbound on Cypress Avenue. She reportedly drove through the red light before she hit another motorist in a vehicle heading north on Churn Creek Road. One of the vehicles also crashed into a light pole.

Paramedics responded and treated both Alicia Balch and the other driver for minor injuries.