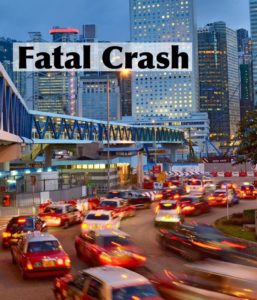 SAN Diego, Calif. (Dec. 4, 2019) — One person is dead and others injured Wednesday morning in a serious of collisions on the southbound Interstate 5 Freeway, just north of 10th Street in the Balboa Park area.

The initial crash took place at 11:13 a.m. when a silver Honda CRV crashed hydroplaned into the center divide before it went across all traffic lanes and wound up in the middle lane where it set off a chain-reaction crash. A Ford Escape and a Scion also collided as well as three other vehicles, according to the California Highway Patrol report.

Paramedics responded to help the injured, but one person died in the crash. It’s unknown how many others were hurt, but police issued a SigAlert due to multiple lanes being blocked by vehicles.

The CHP said the cause of the crash was under investigation.