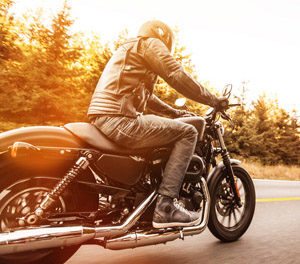 SAN FRANCISCO, CA (November 5, 2022) – A motorcyclist was hospitalized after a crash on the Interstate 80 and Treasure Island Road in San Francisco.

According to the California Highway Patrol dispatch team, the accident took place on Saturday afternoon. Officers reported the wreck at about 3:39 p.m.

CHP said the rider of a Honda motorcycle and a blue sedan collided for an unknown reason in San Francisco. The two crashed on the westbound Interstate 80 near the Treasure Island Road on-ramp.

Firefighters along with the paramedics soon arrived at the scene. They found the motorcyclist who complained of pain to their arm and chin as a result of the collision.

Medical personnel then rushed the patient to the San Francisco General Hospital for treatment of minor injuries. The report did not disclose the name of the wounded party and their condition at this time.

Meanwhile, CHP did not mention if the driver of the car ended up hurt or if they stopped following the wreck. The cause of the San Francisco crash is still under investigation.

Officers forced the westbound lanes of the Interstate 80 to shut down near Treasure Island after the incident.