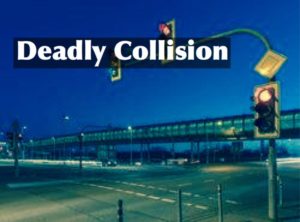 The crash took place about 2:50 p.m. on Nov. 21, 2018.  Woolwine was driving westbound on Torrance Boulevard when he allegedly drove through a red traffic light and crashed into several vehicles that were heading in both directions.

There were several people who were hurt in the crash.

Police are heading up an investigation into the cause of this crash and will examine the evidence at the scene, take measurements and speak to those involved as well as witnesses. It appears that Mr. Woolwine was responsible for the collision, but unfortunately he died in the crash.

Johnson Attorneys Group offers our prayers to the injured and hope they all have a full recovery. We know there may be many questions following a traffic accident such as this one and we are here to provide answers. Call us to request a free consultation at 855-703-4186.