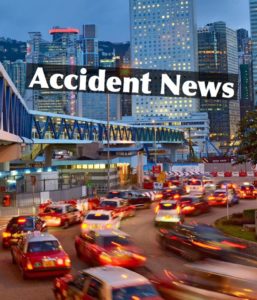 SAN FRANCISCO, CA (November 25, 2022) – Several were injured after a crash on the Bay Bridge along the Interstate 80 in San Francisco.

According to the East Bay Times and KRON 4 News, the accident took place on Thursday afternoon. Officers reported the wreck  at about 12:40 p.m.

The incident happened on November 24 when seven vehicles collided for an unknown reason inside the Bay Bridge tunnel in San Francisco.

The California Highway Patrol said the cars crashed in the eastbound lanes of the Interstate 80 near Treasure Island.

Firefighters along with the paramedics soon arrived at the scene and found a total of 18 people, eight adults and eight juveniles, hurt. All patients sustained minor injuries as a result of the collision.

Medical personnel then rushed two of the children to the UCSF Mission Bay Hospital and listed them in stable condition. The reports did not disclose the names of the wounded parties.

Meanwhile, CHP forced the eastbound side of the Interstate 80 in San Francisco to shut down following the wreck. The cause of the Bay Bridge crash is still under investigation.