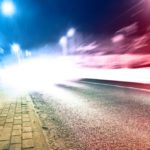 According to the Santa Cruz Sentinel, the woman attempted to cross the highway in the area near Coast Road. While in the roadway, a passing 1997 Ford F350 struck the female party.

Shortly after 4 p.m., rescue teams arrived at the location. Responding paramedics found the pedestrian suffering in major injuries. Due to the condition of the victim, medical personnel transported her to an out-of-county trauma center for further treatment. Personal information on the patient remained undisclosed pending confirmation.

No immediate information was available on the driver involved in the crash.

At this time, detectives continue to investigate the precise cause of the pedestrian accident that happened on Highway 1 in Santa Cruz.