Good Samaritans are Often the First Responders after a Collision 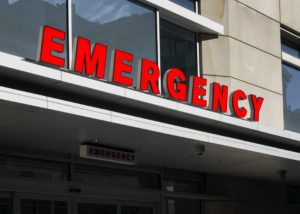 Before First Responders get to the scene of a collision, it’s very likely that the first person to potentially save someone’s life has never had First Aid training or professional life-saving experience.

“If someone does not perform CPR on a patient in the immediate aftermath of a crash and they wait for paramedics, that crucial 8 to 14 minutes could mean the difference between life or death for the victim,” said Attorney James Johnson, founder of Johnson Attorneys Group, a California personal injury law firm.

While Good Samaritans should be prepared to step up and offer first aid help during an emergency, if the injured person is conscious they should always ask if they want help or not. If the person is not conscious, the bystander will be protected under Good Samaritan laws.

When a person is trapped in a vehicle after a collision it may not be an option to wait for firefighters to come to the rescue. We’ve all seen the videos where a large group of people ban together to left a vehicle off a person or upright it so that someone can get out. These types of heroic gestures can and do save lives every day.

If the person is in need of CPR or has a gaping wound that needs to be tended, a bystander may need to find a way to free the person or get a door open to help them get out.

The injured person’s only chance for survival may be a Good Samaritan who is willing and able to help. There are life or death situations that just can’t wait such as when a vehicle is catching on fire and a person is unable to free themselves. It might be as simple as opening a door that is stuck or if the person is unconscious they may need to be cut out of their seat belt and pulled from the wreckage. If you have a Class B fire extinguisher in your vehicle you may use it to stop a small fire from spreading or tame a larger fire that is encroaching on the passenger space in the vehicle.

Who Should Provide CPR if Needed?

A person who is trained in CPR should certainly step in and help if they believe they can save a person’s life. However, a person who is not formally trained in CPR may still be able to help the person, but it’s up to each individual to determine the pros and cons of stepping in to help someone based on the given facts of a specific incident.

Roughly 12 million people are trained annually to perform CPR in the United States, according to the American Heart Association.

Cardiopulmonary Resuscitation (CPR) is an emergency lifesaving procedure used to help jump-start a person’s life when their heart stops beating. If a person is given CPR immediately when this happens, their chance of survival can double or triple.

Nearly 45 percent of out-of-hospital cardiac arrest victims survived when bystander CPR was administered compared to 90 percent of people who suffered cardiac arrest and did not receive this life-saving procedure, according to 2014 data.

Dangers of Being a Good Samaritan Roughly 80 people in the United States die every year trying to rescue accident victims who were in need of immediate care. Most people who step up to help are brave and will put their lives on the line to help their fellow man, but it’s not a good idea to put yourself in harm’s way.

Recently in July 2019, two drivers from Paso Robles stopped at the scene of a wrong-way crash on Highway 101 to help the victim, but they were struck by a Ford Transit van as they stood outside of their own cars. One of the Good Samaritans, Monica Cantu, was rushed to the hospital where she died and the other, Paul Gomez, suffered major injuries and was hospitalized.

Some states including California have enacted Good Samaritan laws to “encourage other individuals to volunteer, without compensation, to assist others in need during an emergency,” according to Health and Safety Code 1799.102.

This law states that a person will not be liable for any civil damages when those damages result from the person providing emergency medical, or non-medical care at the scene of an emergency.  Additionally, “no person who in good faith … renders emergency medical or non-medical care or assistance at the scene of an emergency shall be liable for civil damages resulting from any act or omission other than an act or omission constituting gross negligence or willful or wanton misconduct.” The short answer is yes. A Good Samaritan can be sued, however, in most cases they are protected by the Good Samaritan Laws. The California Supreme Court heard the case below and the victim received a $4 million settlement from the defendant’s insurance company.  It was after this decision that the state was prompted to revise it’s laws to include acts by Good Samaritans that don’t involve medical treatment such as taking a person out of a vehicle. Legislators were concerned that the decision would lead to fewer people stepping up to help a person who was hurt in a crash or other incident.

So here’s what led to the case and decision to revise the Good Samaritan law. Alexandra Van Horn was involved in a solo-vehicle collision into a light pole on Halloween night in 2004. She was a passenger in the car driven by Anthony Watson. Meanwhile, their friends Lisa Torti and Dion Ofoegbu were traveling behind them in a separate car. Watson lost control of the vehicle and crashed into a light pole. The vehicle’s air bags were deployed and Van Horn was unable to get out of the front passenger seat on her own. Torti and Ofoegbu came to the rescue and believed that the vehicle might blow up or catch on fire. Torti removed Van Horn from the vehicle by allegedly grabbing one arm and yanking her out “like a rag doll,” according to the plaintiff’s court statements. Torti denied this and said she placed on arm under the plaintiff’s legs and the other behind her back to lift her out. The victim suffered multiple injuries and became permanently paralyzed due to the injuries she suffered when she was removed from the vehicle, her lawsuit said.

The court found that Torti’s actions were not protected under Good Samaritan laws at the time because she was not providing medical care.

When to step in and what to do

Every situation is different, of course, but taking these steps will help give victims the best aid possible while keeping you safe.

If you were hurt in a traffic accident, you may need help from a civilian before first responders arrive. Sometimes these people are heroes that save lives and other times they are just there to comfort an injured person until help arrives or to call 911. These guidelines may help you if you find yourself at the scene of a collision as a bystander or even if you are the one who is hurt.